Bring us your trailer and we will bring it back to life.

Wilson Trailer Sales has all the parts you will need

Here at Wilson Trailer Sales we strive to give you the best possible experience without any headaches or surprises.

Our professional staff is standing by to answer any questions you might have about service that needs to be done.

Stop by to see what we have to offer! 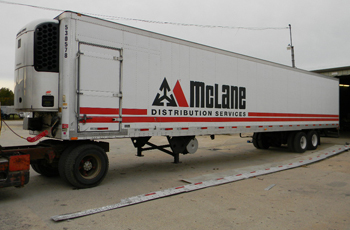 A little about us. In 1965 a young man by the name of Alton Absher decided the time was right to build on his dream. Mr. Absher started what would become Wilson Trailer Sales & Service, Inc., of Wilson, North Carolina. The business began as an equipment sales endeavor and a year later began to add parts. and service. Wilson's present facility was built in 1969 and served well until a 1981 expansion added office and parts warehouse space. A further expansion two years later added yet more parts warehouse space.


The one man operation of June, 1965, has now grown to a business with 27 employees!
For 64 + years Wilson Trailer has maintained an A+ satisfaction rating with the BBB (Better Business Bureau)
Our hours are from 8:00 a.m. to 5:00 p.m. Monday through Friday. Feel free to call with any of your trailer needs and questions! 252-237-6186
Repair or replace we can do it all!
LIKE us on Facebook for special service and sales information and special deals!